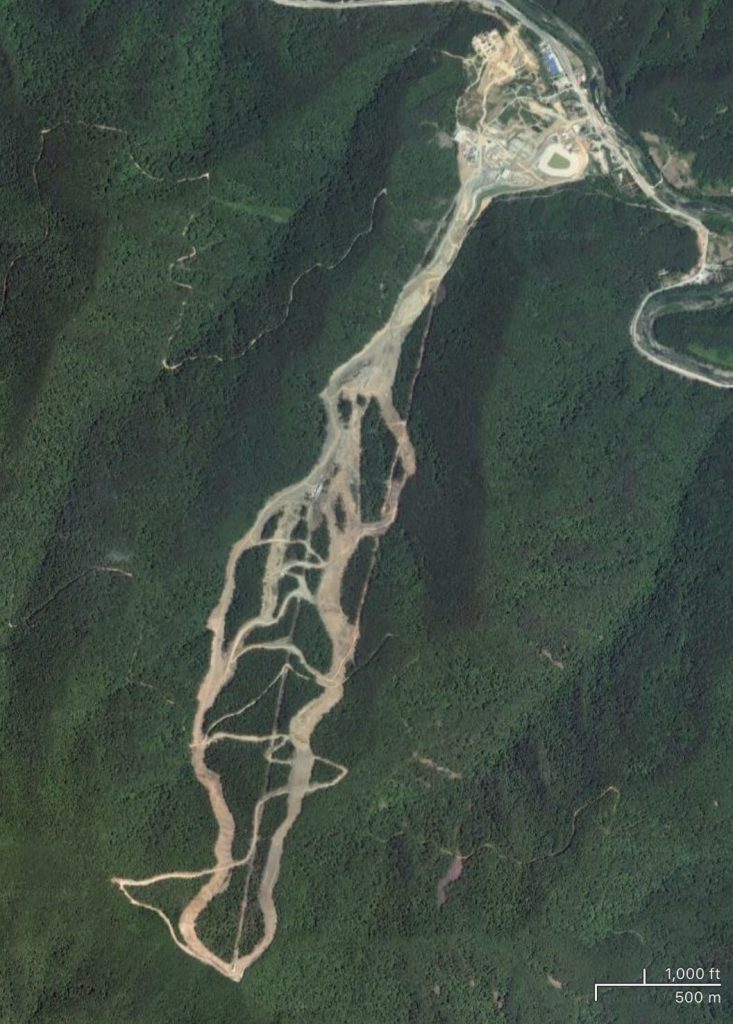 In order to qualify as a Winter Olympic host resort/city, the venues must meet the minimum requirements for each event. In Pyeongchang’s case a long-term plan to bid for the Games was initiated in 2003, which saw the construction of Alpensia Resort (completed in 2011) to include most of the required infrastructure, most notably the ski jump tower and bobsleigh track.

However, at the time of bidding for the 2018 Winter Olympics, one key piece of winter sports infrastructure was still absent from Pyeongchang – and, indeed, the whole of Korea – namely, a ski slope meeting the minimum requirement of at least 800m vertical drop stipulated for the Men’s Alpine Downhill.

The Pyeongchang 2018 bid therefore had to include the construction of a purpose-built ski hill, and the result is the Jeongseon Alpine Centre. Although not actually in Pyeongchang County (it’s in the neighbouring county of Jeongseon), the venue hosted the Downhill, Super-G, and Combined events of the Pyeongchang 2018 Winter Olympics. Construction started in 2014 and was finished in late 2017; Jeongseon Alpine Centre was officially inaugurated in 2016 and hosted several World Cup events in the 2016/17 season in preparation for the Olympics.

The vertical drop of 825m is the greatest in Korea, with a steeper overall gradient than any other Korean resort; however, the skiing public won’t ever get to ride it as organisers have committed to returning the area to its natural state following the Games due to environmental concerns – although it seems this isn’t technically possible, as it’s one of Korea’s last areas of virgin forest but tens of thousands of trees were removed. In any case, as things stand the ski slopes at Jeongseon will remain abandoned now that the Olympics & Paralympics have been and gone.

For more information see the Jeongseon page on the official Pyeongchang 2018 site here, and the Wikipedia page here.

Any questions about Jeongseon Alpine Centre? Leave a comment below and I’ll get back to you.