Most of South Korea’s ski resorts are located in the two northernmost provinces of Gangwon-do and Gyeonggi-do, but there are a couple of options further south: Muju Deogyusan (number 14 on the map) is in the beautiful Deogyusan National Park, and is the largest resort outside Gangwon-do. Muju is convenient for Daejeon & Daegu cities, and Gwangju & the southwest.

Eden Valley (number 15 on the map) is a small local ski area on the south coast in the hills above Busan, South Korea’s second city. 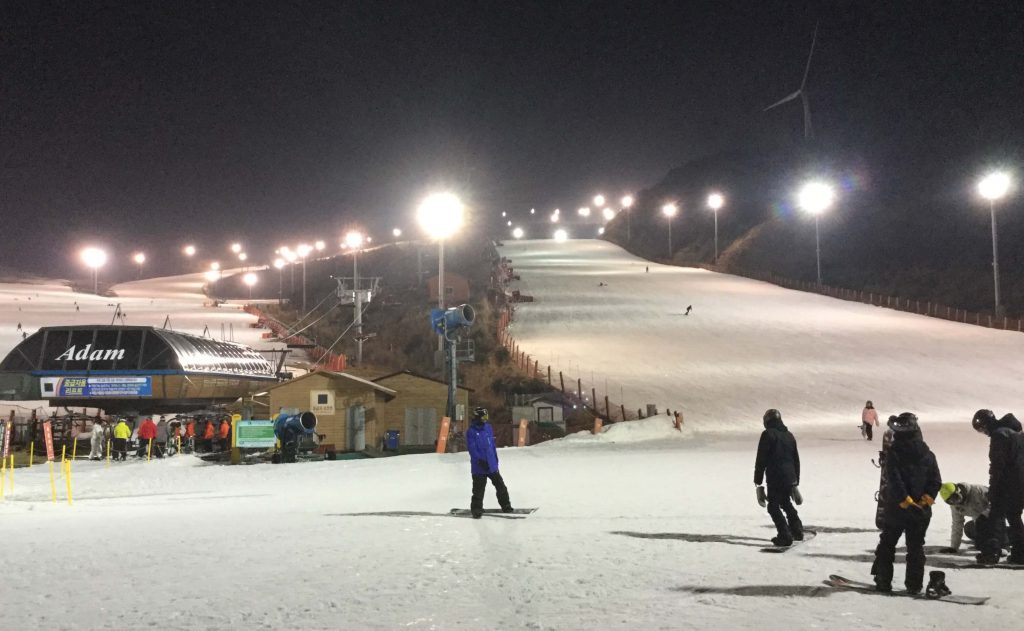