If you’re visiting Korea during the Pyeongchang 2018 Olympic season and want to do some skiing yourself, be aware that the four resorts involved in hosting the games will be partially or entirely closed to the general public i.e. much of the country’s best skiing will be off-limits. With that in mind, here’s a list of the top 5 Korean ski resorts to hit during the 2017/18 season: High1 is already one of the two standout resorts in Korea, but with Yongpyong’s best terrain closed for the Olympic slalom events, High1 is hands down the best place to ski during the upcoming winter. The hill’s as big as they come in Korea, with the best terrain, and they have decent freestyle offerings. They also have a 40% discount on lift tickets for foreign tourists, which offsets the long journey to get there. 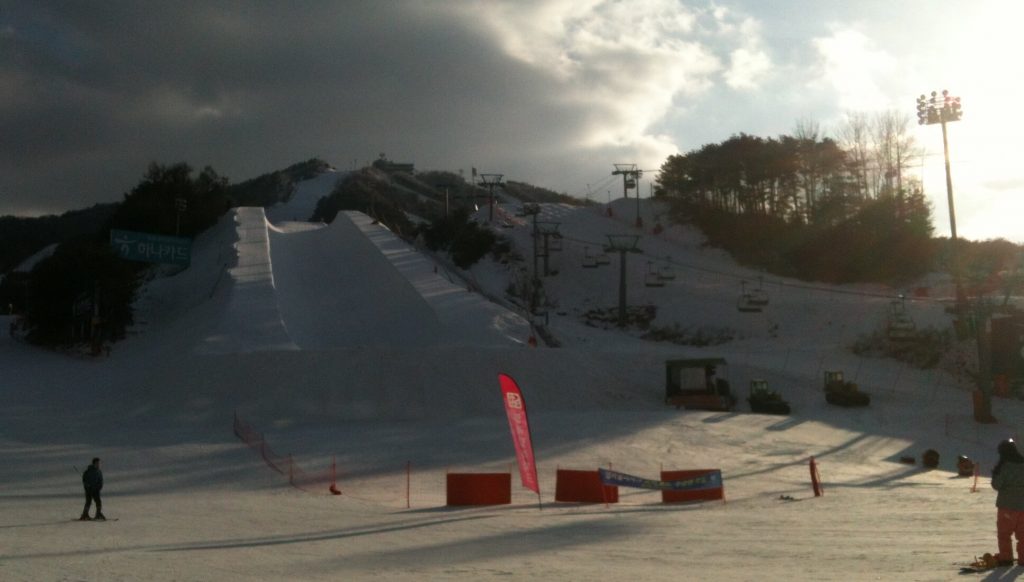 If you’re after park & pipe, the usual advice would be to hit Phoenix Park or Welli Hilli, but with Phoenix Park given over to the Olympic freestyle events Welli Hilli is head & shoulders above the rest for freestyle in the 2017/18 season. Muju Deogyusan is Korea’s largest resort after High1 & Yongpyong, and actually has the biggest vertical drop and longest runs. It’s not so great for freestyle, but for downhill skiing it’ll be the best available along with High1 during the Olympic period. It also has the closest thing you’ll find to an Alpine village and is situated in a beautiful national park, making it an attractive option. 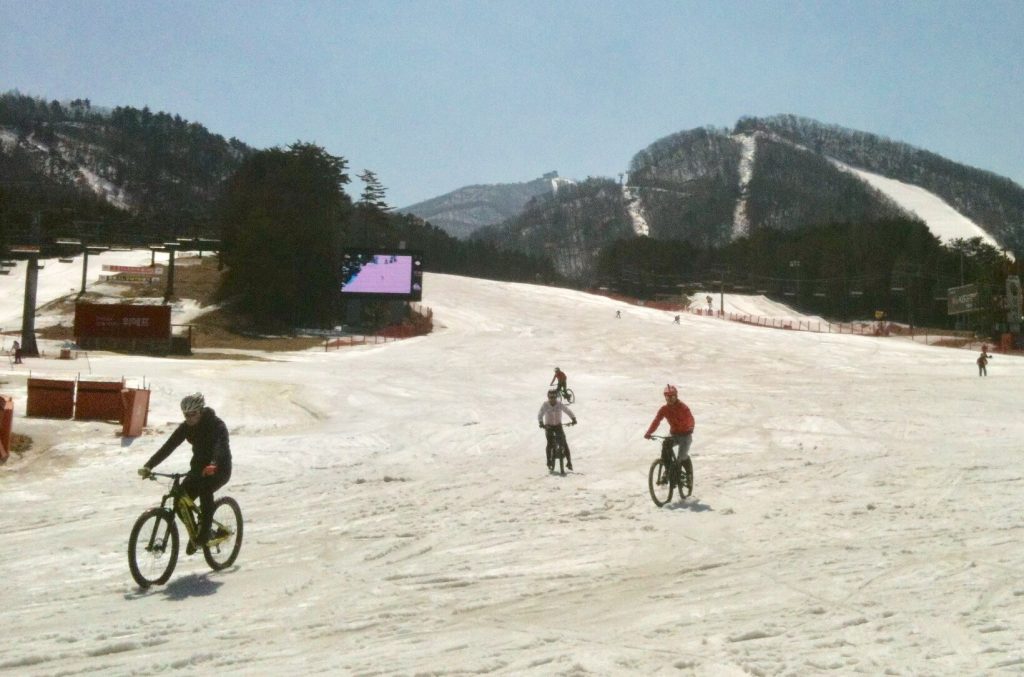 Even with its best terrain (specifically, the gondola and ‘Rainbow’ & ‘Silver’ areas) being closed for the Pyeonchang 2018 slalom events, Yongpyong still has enough to offer to warrant a place on this list. With those sections out of action, the remainder of the mountain is still the 3rd-biggest in the country in 2017/18; they make a decent effort with their park, too, so Yongpyong remains a good all-round choice even during the Olympic season. 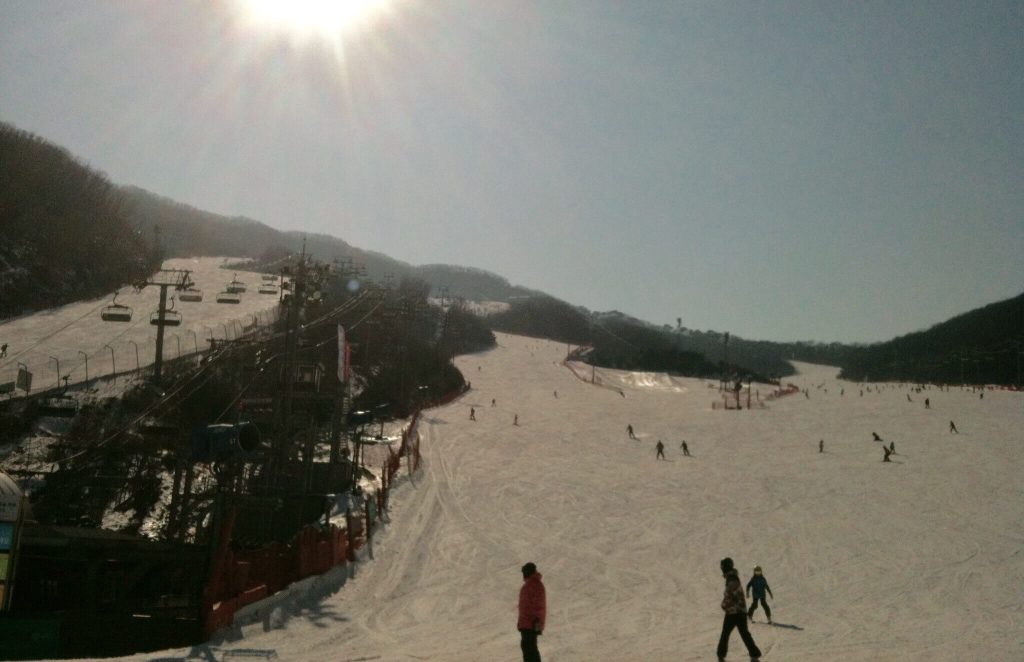 Purely from a riding perspective, Vivaldi Park and Oak Valley probably both deserve to be on this list ahead of Konjiam; however, Konjiam makes the cut out of sheer convenience. With free shuttle buses taking as little as 40 minutes from Sadang & Jamsil, Konjiam is the best choice for a quick & easy day on the slopes if you’re in Seoul and don’t want to make the trip over to Gangwon-do province. It’s small, but the size & quality is decent for a Seoul local hill.

For full reviews of every ski resort in Korea, see here; also check out the best Korean ski resorts according to various criteria, and this size comparison of Korea’s ski resorts using satellite imagery.